She was known as Miss Matic. I do not think I ever knew her given name. She modeled for a magazine that was read mostly by people interested in mechanics so that is how she got the nick name. One thing is for sure her given name would have been sweet sounding and one that would stay in your memory forever. As you might guess the was a beauty that made every guy stop and look her over. I always stopped what I was doing and watched as she passed by. I long to see her again but that day is long gone and we must continue with the story.

Miss M had a couple of sisters that lived and worked nearby. The sister I remember most of all was Mary Ann. Mary was always fun to be with and a day with her always ended with a smile. There were always hopes that we would have some more time together. Quiet with never a complaint. Mary Ann was not as pretty as her sister but always perfect on the job. Unlike her sister she almost never needed makeup and dressed to fit her moods.

The third and last of these beautiful ladies was Susan B. Not one to be taken too seriously she did her best everyday but often had to be taken home early because of a sickness. Susan was a bit older than the others 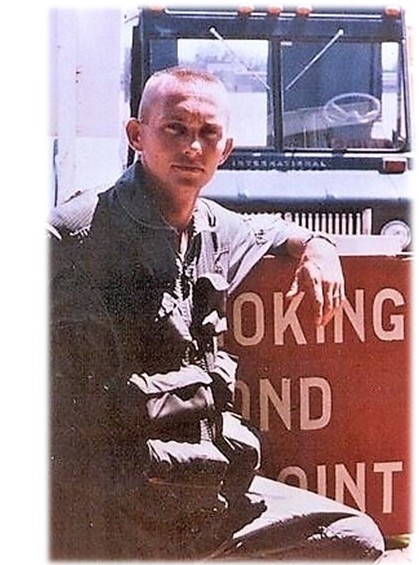 but was she a fighter. Even after a sickness she would be up and ready to go the very next day. Now what appears to be normal in the female gender the ladies had some unusual and sometimes bad habits. Smoking was very noticeable especially just before we left for work, they always had to smoke a bit beforehand. Susan always complained when there was extra weight to be moved around. She would groan and grunt until she got her way. Mary Ann had to be watched closely, she would eat her way through lunch long before it was time and still want a break for more.

Oh how I miss these wonderful girls. Not a day goes by that I think of the good times we had together me eating my C rations while they, each one, drank several gallons of aviation gas. Yes my friends, these beautiful ladies were Douglas DC-3's also known as USAF C-47s and among those of us that loved them with all our hearts "Gooney Birds". They served in WWII by dropping paratroopers on D-Day and flying tons and tons of food and medical supplies to Berlin and flew the Burma Hump. They parachuted food and ammunition to the troops in Korea when the weather had closed all the roads and the enemy from the north was almost upon them. They never once complained when they were chosen to move any given thing to only God knows where. They landed on asphalt, concrete, metal PSP, sand and weeds.

Forty five years after they were born they were chosen to again go to war. This time with Top Secret mission orders. They not only did the job but was described by a general as "heroes". I have had the pleasure of traveling over unnamed places during more than 100 combat missions in Viet Nam, Laos and Thailand. Frequently the girls would suffer some damage from enemy fire but they just kept making holes in the sky till we were done with the day's tasks.

Thank you ladies, you will always be in my heart.