The Story of the "Goonfighter"

In mid-1971, the 362nd TEWS, along with Det. 2 of the 6994th, moved from the highlands of Pleiku to the coastal base of Da Nang, home of the 366th Tactical Fighter Wing and its F-4 Phantoms. The F-4 was designed as a carrier-based interceptor but was essentially forced on the Air Force as part of Defense Secretary Robert McNamara’s efforts to bring more commonality to the nation’s armed forces. The Phantom went on to serve with great distinction in the USAF and a dozen or so other air forces throughout the world.

Ray Rhode tells the story of the EC-47 Goonfighter

I thought I might share my memories of how the “Goonfighter” in the photo gallery came about. I was the maintenance officer for the 362nd TEWS, 1971-72, and on several occasions I joked with Lt. Col. Losiewicz, the squadron commander, about painting our aircraft like the 366th TFW “Gunfighters”. One day he asked me when I was going to start painting the shark mouths. I took that as tacit concurrence if not an outright order. Aircraft 570 was is the phase dock at that time and I told the crew chief to have at it. He was thrilled and did a fantastic job. When I got to the office the next morning there was 570 in all her glory. I called Lt. Col. Losiewicz and told him that I needed to show him something. When he arrived in the hangar his jaw dropped a little but then he smiled and walked away.

When 570 came out of phase I was the most popular man with the flight crews because I assigned tail numbers to the missions and everyone wanted to be the first to show off 570. Turned out to be a very nasty weather day and I doubt the first mission was seen by too many.

The story has a sad ending. As we rotated 570 to NKP and the commander there got his knickers in a knot and sent 570 home and sent a nastygram to 7th AF who in turn blasted us with “not painted IAW T.O. such-and-such.” Before that we did get a second aircraft painted but I don’t remember the tail number. I wish I had gotten more and better pictures of 570 but the two in the gallery are the only ones, to my knowledge.

Ray provided the color photos of the "sharkmouth" shown below: EC-47Q serial number 43-49570, the "Goonfighter." Note the dipole antennas, indicating that the aircraft is equipped with the AN/ALR-35 ARDF system.

The black and white photos, via the AFISR (now 25AF) archives (upper) and Steve Vandermolen (lower) show a black rectangle under the nose and the camouflage extending to the radome. This aircraft appears to be an N or P model, which would mean it is the other aicraft which Ray mentions. 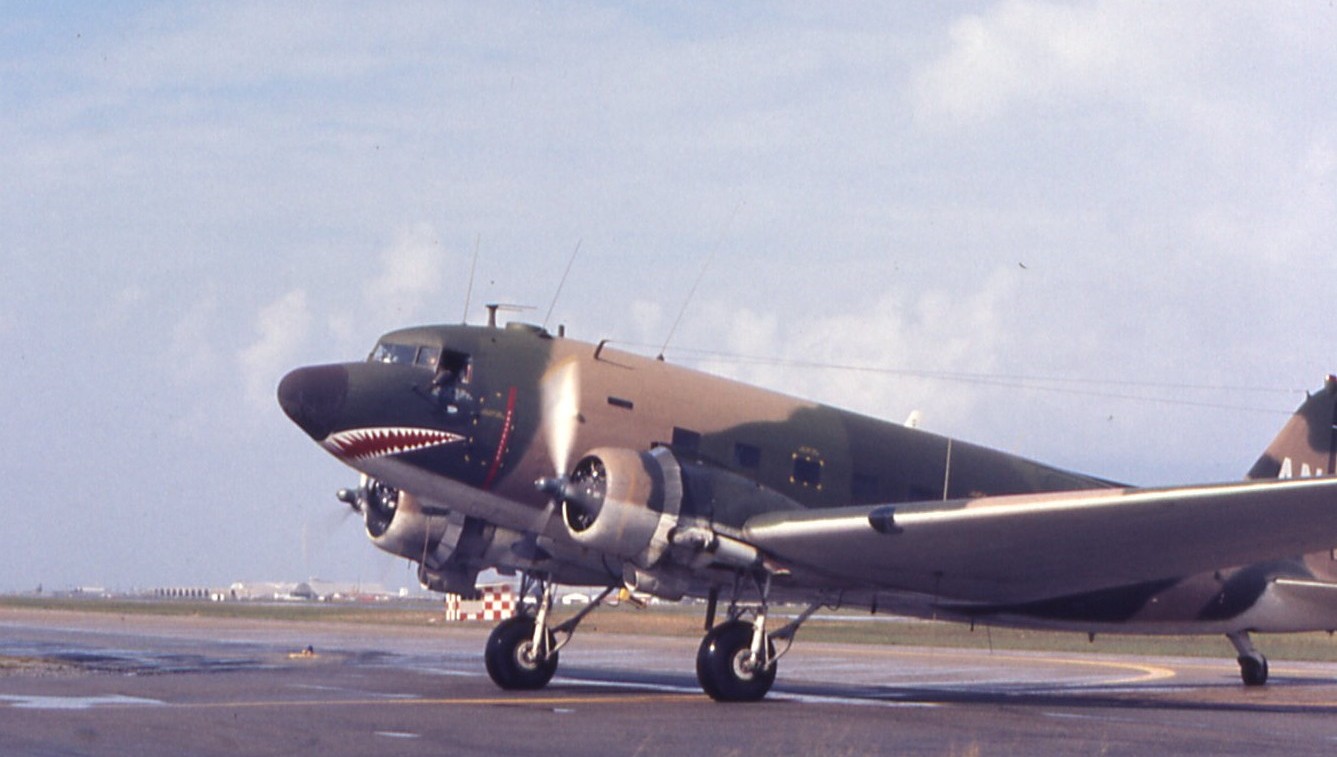 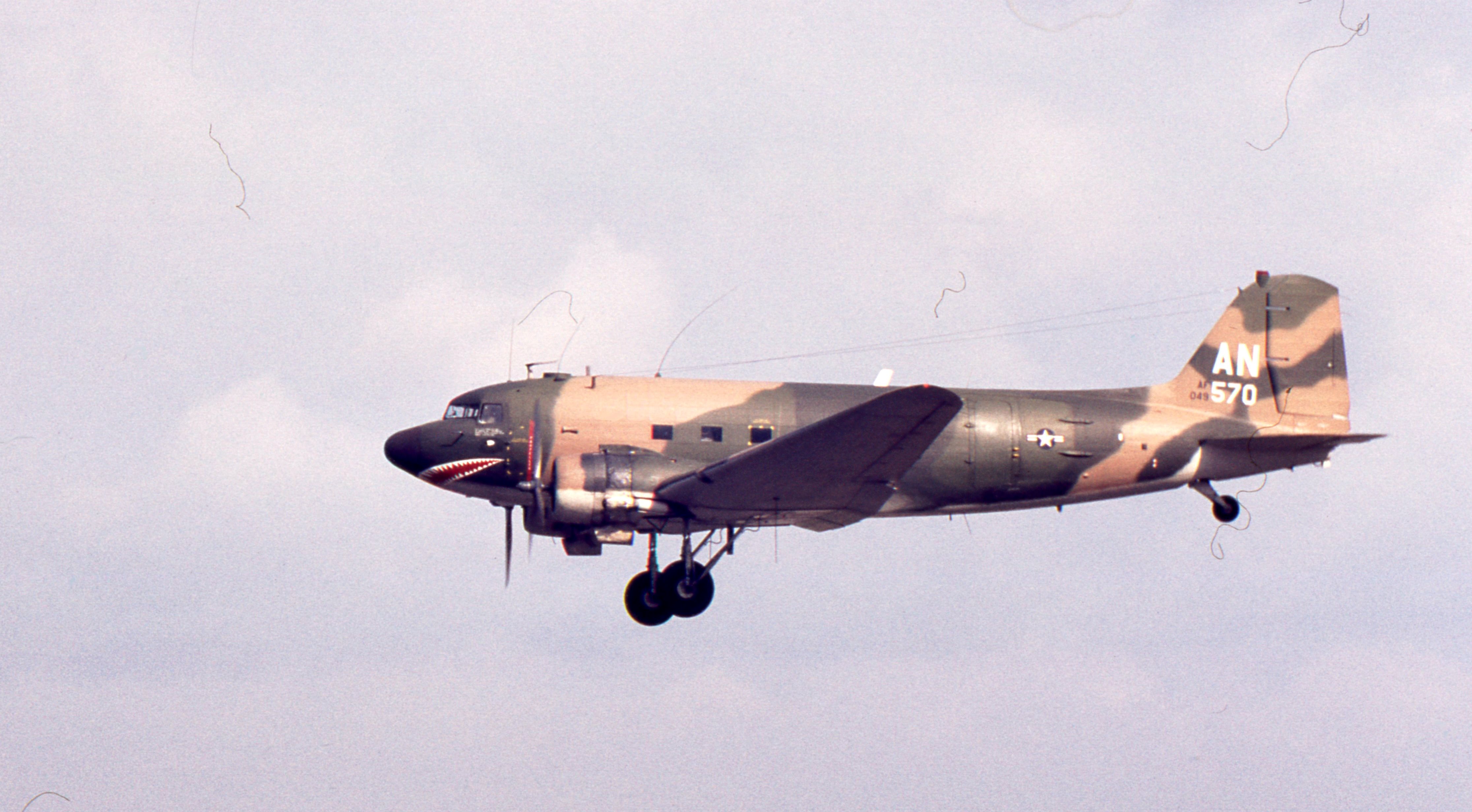 Update, 30 July 2016: Lt. Col. (Ret) Dick Graham has confirmed the ID of the other Goonfighter shown below. Click here to see it.