“No one knows about Operation Drill Press except those of us who were there! Even the 6994th people knew nothing about who we were or what we did. Nothing was documented. Everyone knows about ARDF, but us ‘permanent TDYers’ of Drill Press got no press. Oh well, at least we know!”
– George Hollis

The project was Operation Drill Press (later renamed Sentinel Sara) with two “Non-ARDF” EC-47s, tail numbers 680 and 254. The EC-47s were configured for three 292X1s and one 203. We took off and landed at Phu Bai and all mission “take” was processed by ASA’s 509th Radio Research Unit (RRU) at Hue/Phu Bai. We received tech support from the 509th RRU, and we provided direct support to the Marines along the DMZ via KY-8. The project was a bastard group from the 360 th TEWS and the 6994 th at Tan Son Nhut.

Most of the 6994th guys were “permanent TDYers” and we flew damn near every day. The 360th front-end flyers usually rotated every 30 days or so (they stayed just long enough to get one Air Medal). One exception was pilot Maj. Roy Gentry. He was also a “permanent TDYer” for most of his tour and was the Air Force senior ranking officer at Phu Bai. Good guy too! Since the 6994th had no 203s, we got them from the 6988 th at Yokota and later the 6990th at Kadena.

When I arrived at the 6994 th in June 1967, I had three days to clear in at Tan Son Nhut and then got TDY orders to Drill Press. I caught the first IRAN flight to Phu Bai and was essentially TDY my whole tour. I replaced Fred Sebers (A202) who was borrowed from Cam Ranh Bay. He went back to “peaceful” Cam Ranh Bay and got critically wounded in a sapper attack at the NCO Club, then died on the MedEvac on the way to Travis AFB.

Lemuel (Lem) McCullough, an A202, went with me to Phu Bai. He gave me one OJT/orientation flight, and then I was on my own. There were few A202s in USAFSS, which made us the “lucky” ones, the few with wings and Air Medals and such. I worked for MSgt “Lefty” Groves, NCOIC of the flight line operation, and the OIC was Lt. Dan Fink, who worked for Maj. Fisher.

I can understand A292s taking over as AMSs from the A202s. We had good relations on Drill Press, but when I did fly ARDF there was always a feeling of resentment. Not the everyday ops guys, but the ones in charge. 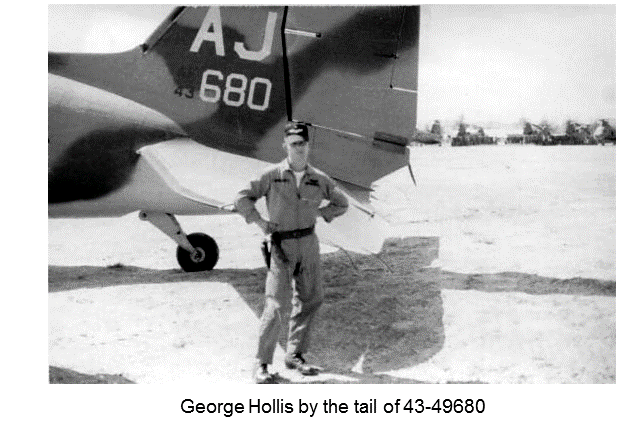 Although the ARDF navigators had Cat II SCI clearances, Drill Press had no front-enders with clearances. You would think they could figure out what we were up to, but it made for at least one humorous incident. One of the pilots, on his way to the piss tube, was squeezing behind SSgt J.C. McKee (X1) one day when J.C. was copying some low-level, slow-sending VC op. The pilot looked at me and said, “He sure types slow.” It was hard not to bust a gut laughing at him!

Another not-so-humorous incident happened with a brand new pilot who obviously didn’t have a clue. As the AMS, I had the leeway of extending the mission up to an hour, if necessary. That day, we were scheduled to come off orbit at 1800 hours, but the X1s were busy copying the last sked of the day. The A/C called back and asked if we were ready to go home – to which I replied, “Not yet. I’ll let you know.”

Well, five minutes later, he said, “Let’s go home.” Again I told him we were busy and I would let him know. Shortly, the X1s looked at me and said all the signals were fading out. I looked out the window and, sure enough, we were heading south along the coast to Phu Bai. I called the A/C and asked WTFO ? ? ?  I reminded him that I had the authority to extend the mission up to an hour, to which he replied,  “I don’t give a f--k if you’re listening to Ho Chi Minh himself, we’re going home! If they wanted us to stay longer, they would have fragged us to orbit longer!”

When we landed, my normal routine was to get off at ops with the briefcase full of mission stuff, brief the ASA troops who were processing it, then walk to the mess hall. Well, that day I asked one of the X1s to take the briefcase in for me, and I stayed on the crew truck that would take the pilots to the BOQ. When I didn’t get out at the mess hall, the captain asked where I was headed.

I told him I was going to talk to Maj. Gentry and he was welcome to come along if he wanted. When I told Maj. Gentry what the captain had said about “not giving a f-- k if you’re listening to Ho Chi Minh,” the major exploded! He turned to the captain and asked him if he had actually said that. The captain shrugged and admitted that, yeah, he said it. Gentry turned to me, thanked me and said, “I’ll take it from here!”

The next day, the captain apologized profusely, admitted he had had no idea how important what we were doing could be, and turned out to be one of the best pilots we had. I have no idea what Gentry said to the captain, but I would have liked to have been a fly on the wall!

When I first got to Phu Bai, we lived on the northern edge just east of the NCO Club. Then we were moved to an abandoned warehouse in the middle of the base. The Army was nice enough to add a latrine – one urinal, one commode, one sink and one shower (cold water only) for about 36 Air Force pukes. Sucked! In the club one night, we were talking to an Army supply guy and he couldn’t believe we didn’t have hot water. He said that they had plenty of water heaters and he would get one installed ASAP. Well, time went by and nothing happened. I saw him later and he apologized. As he was in the process of gathering materials, his boss asked him what was up.

When he explained what he was doing, the boss said, “F-- k ‘em, they’re Air Force.” So occasionally we would get a 6X and go to the Sea Bee camp and take “mass” hot showers.

I stayed at sunny Phu Bai until January/February 1968 after Tet ‘68. While I was at Phu Bai, one of the “old” USAFSS airborne radio maintenance guys happened to mention that the two EC-47s we were flying were the ones that flew “Bluesky” in Korea. We then relocated to Pleiku, but made ops stops at Phu Bai to drop off the mission “take.”

Ah, the Good Old Days! Seriously though, still the best assignment I ever had. I would do it again in a heartbeat, and wish I could.

At Phu Bai, there were earthen trenches surrounding the base for  perimeter defense rather than the typical bunkers. All personnel, including us Air Force TDY’ers, had assigned positions for base defense.

We took incoming 81mm mortar and 122mm rocket fire about every other night around 0300 or 0400. The rule was, once we hit the trenches, we stayed until daylight. So, we learned to take a can of C-rations or something to eat while we waited for the sun to come up after the incoming fire ceased.

The VC knew that if they stayed too long in one place that we’d start dropping our own artillery in on them. Therefore, they would shell us for about five minutes, cease fire, pack up, and haul ass away from their firing position.

Well, one night, after the mortars and rockets had stopped and we were relaxing with a cigarette or can of C-rations, a U.S. 175mm self-propelled artillery gun that had position itself on our backside fired a round right over our heads!  The muzzle blast deafened everyone and there was nothing but silence in the trenches as we attempted to get our hearts started again.